Here is part 2 of We are the Ghosts of the Future actor Darcy Brown's diary.

TOMMY –
‘A young man who is intellectually disabled or, in the parlance of the day.—“special”.’ Latin, ‘specialis’—of a given species. Unique.

Like the play itself, Tommy exists in a liminal space. His experience of time is all one; its progression intermingles and blurs. ‘Every day the world is new to you,’ Bridget tells him, and that playful fascination opens doors in her own imagination.

Something we have discussed with Catherine and Harriet is the ‘otherness’ of Bridget, an artist, and Tommy, a young man who’s perspective on the world is ‘other’ by design. Both characters are, in their own way, outsiders: marginal, unorthodox, and so uniquely qualified to observe and comment on the house and time in which they find themselves. Whereas many of the play’s characters have some hope of breaking through and surviving, connecting, understanding their predicaments and moving forward, Tommy does not: the wall that blocks his understanding is insurmountable, genetically programmed. There is a similar sense in Bridget that her plight for artistic inspiration, creation, and success, is a doomed one. Sequestered in her room, lost in their little world, they share a touching, joyous, sad naïveté.

Intellectual Disability: Frustration, Confusion. The central stumbling block, wound, of Tommy’s life is his great pain and shame at any thought of him being somehow ‘less’; a ‘fool’, an ‘idiot’, a ‘child’. He is struggling, treading water, striving to smash through the Wall of his own mind. Ultimately, he just ‘wants to go to school’. 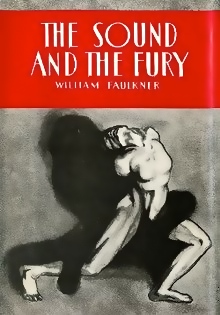 William Faulkner’s The Sound and the Fury, is told from the perspective of Benjy, ‘a man of thirty-three whose development has not advanced beyond babyhood. Benjy has no sense of time: his only thought-process is associative: the event of the day, then, and what I reminds him of in the past are all one to him: the whole of his thirty- three years are present to him in one uninterrupted and streamless flood ... One is seeing the world through the eyes of an idiot.’ (Richard Hughes)

“Caddy got the box and set it on the floor and opened it. It was full of stars. When I was still, they were still. When they moved it, they glinted and sparkled. I hushed.”

Read Professor Sarah Churchwell on rereading The Sound and the Fury at: http://www.theguardian.com/books/2012/jul/20/sound-fury-william-faulkner-rereading

Holy fools, blessed fools (connoting both feeblemindedness and innocence in the eyes of God). ‘The Holy is too great and too terrible when encountered directly for men of normal sanity to be able to contemplate it comfortably. Only those who cannot care for the consequences run the risk of the direct confrontation of the Holy.’ Jaroslav Pelikan 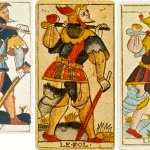 Shift from ‘view[ing] people with disability as ‘objects’ of charity, medical treatment, social protection, etc., to viewing them as subjects, with rights. (United Nations Convention on the Rights of Persons with Disabilities [CRPD]. Australia was involved in drafting the convention, and was one of the first countries to ratify it).

In the 1880s, institutions providing accommodation for people with intellectual disability and psychiatric disability opened across Australia. People with disability lived in these facilities separated from their families and communities, sometimes for their whole lives.

In 1913, the introduction of intelligence testing saw increasing numbers of people being diagnosed as ‘sub-normal’. Eugenic-based fears about the ‘threat’ posed by the ‘feeble-minded’ led to calls for complete segregation.

As recently as 40 years ago, people with severe disability were still largely invisible to the community. Typically they died young, were supported under extreme hardship by their families, or spent their life in institutions with names such as Blind, Deaf and Dumb Asylum, Home for the Incurables, Destitute Asylum, or Kew Idiot Asylum.

A growing number of aged parents despair about what will happen to their sons and daughters with disability when they pass away or can no longer support them.

From Verick, Margaret, Australians With Disability: Changing Attitudes to their Rights, Abilities and Lifestyle, 2015. Read more at  http://focusact.org/wp-content/uploads/2015/08/Attitudes-to-Disability-MVerick- 2015.pdf 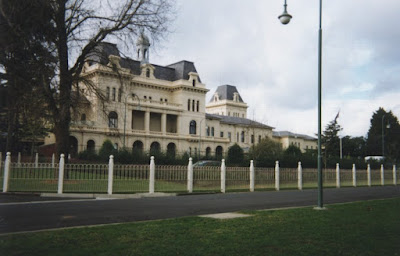 Deriving from the Greek term for “wellborn”. First coined in 1883 by Sir Francis Galton, cousin of Charles Darwin. Theory influenced by Social Darwinism: the idea that life is a struggle between the fit and unfit.

‘The feebleminded, the insane, epileptic, diseased, blind, deaf, deform—all to be bred out of existence … Social Undesirables.’

‘In the USA, by January 1935, some 20,000 people with disabilities had been sterilised, nearly half of them in California. Californian law was not repealed until 1980, and as of 1996, more than 20 states still had operative eugenics laws.’

Ideas of ‘Racial Hygiene’ were made respectable in medical and academic circles in the 1920s. They were adopted by the Nazi Party at least a decade after tireless promotion by the medical profession, particularly prominent psychiatrists

‘The view that disability is inherently bad and people with disabilities lead blighted, tragic lives ignores and invalidates our actual lives and experiences. We have repeatedly asserted that it is not the disability so much which restricts equality and full participation in society, but the combination of social stigma, systemic barriers and persistent use of demeaning devaluing language.’

‘The rights of all people are enhanced by the eradication of discrimination against people with disabilities.’

Read more at: Hume, Joan, Disability, Feminism and Eugenics: Who has the right to decide who should or should not inhabit the world? 1996.
http://wwda.org.au/issues/eugenic/eugenic1995/eugen/

Email ThisBlogThis!Share to TwitterShare to FacebookShare to Pinterest
Labels: attitudes to disability, Darcy Brown, The Sound and the Fury, We Are The Ghosts of the Future